When we introduced VisionGauge®’s patented CAD Auto-Align™ tool, it greatly extended how parts could be inspected. This revolutionary tool gives users the ability to automatically carry out CAD-to-part alignment, very quickly and accurately.

When it is used in conjunction with VisionGauge®’s patented CAD Auto-Pass/Fail™ tool, it allows users to compare a part to its CAD file, completely automatically, with great repeatability & accuracy and absolutely no operator-dependence. There are a great many applications where this is invaluable. The verification of profile and surface tolerances are two very common examples.

We are pleased to announce the release of VisionGauge®’s new CAD Fitting™ tool. This tool is capable of automatically refining the results of CAD Auto-Align™ in some trickier applications to produce even better results.

VisionGauge®’s patented CAD Auto-Align™ tool aligns the CAD nominal to the part at user-specified control sections. It does this in a least-squares sense, i.e. it minimizes the sum of the squared deviations from nominal over all of the control sections.

In most cases, this is ideal. However, there are some situations where it might not be the absolute optimal approach. For example: we can imagine an (extreme) situation where the result of the CAD Auto-Align™ calculation would have the CAD nominal perfectly aligned with the part at all of the control sections except one, at which the part would be just outside the tolerance band. This could lead to a “Fail” result. In this example, the optimal solution might be to slightly modify the alignment (still respecting all of the prescribed constraints) so as to “bring the part back into the tolerance band” at the one control section where this was not the case. This could result in the part slightly “moving away from the CAD nominal” at the other control sections, but still remaining in tolerance at all of these locations. This is what we refer to as “CAD Fitting™” and, in this case, it would transform the result to a “Pass”. 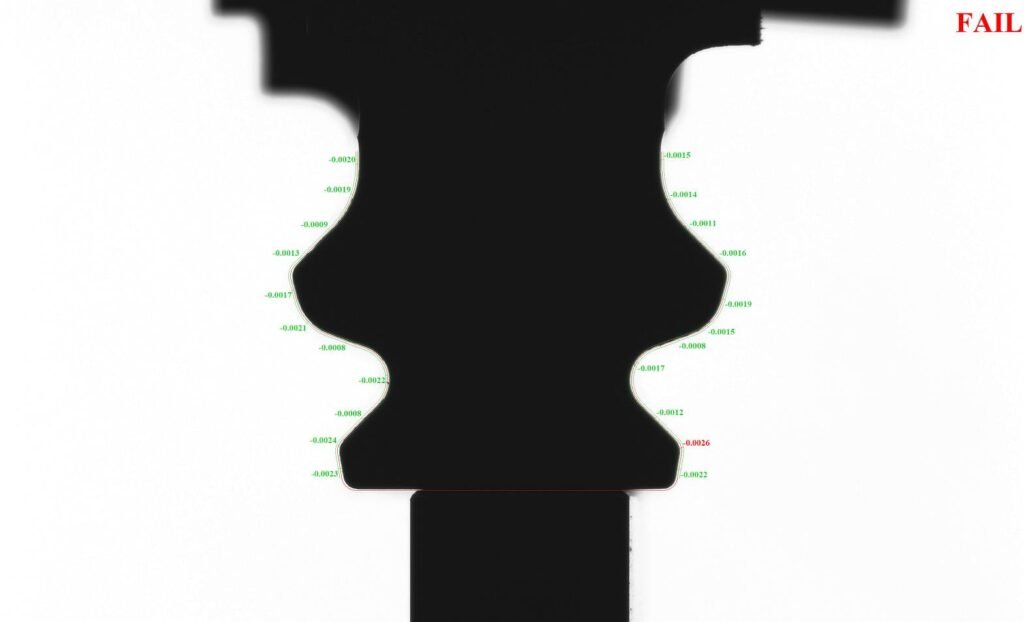 The results of the CAD Auto-Align™ tool applied on an aerospace part are shown above and those of the CAD Fitting™ tool on the same part are below. 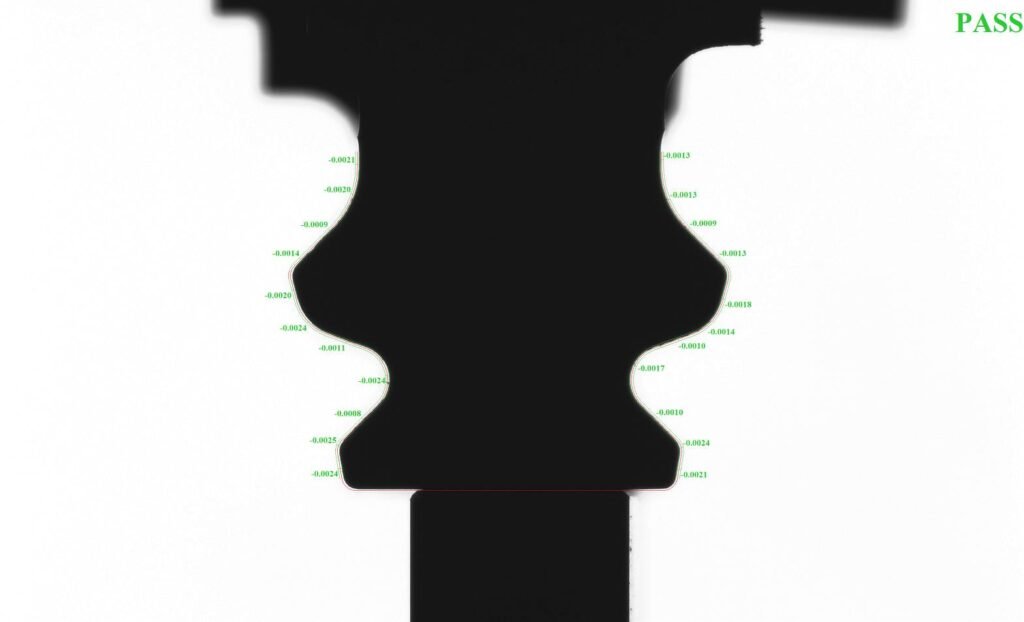