The following enhancements are available in the latest version:

A new 2-Point Angle Measurement tool has been added to VisionGauge® OnLine, allowing the user to define a line by 2 points and measure the angle of the line from horizontal or vertical. 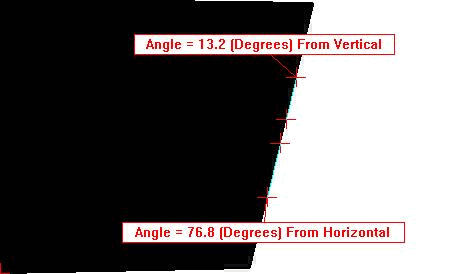 Angle measurements in VisionGauge® OnLine are also now able to specify the direction of the angle over which to measure (Clockwise or Counter-Clockwise). This intuitive, new angle measurement option can be used as an alternative way to determine exactly which angle is measured in both 2-point and 4-point angle measurements – in manual measurement mode and automated programs. The tool returns the included angle in the direction indicated between the user-specified line 1 and line 2. The result can be between 0 – 180 degrees or 180 – 360 degrees, depending on the needs of the application. 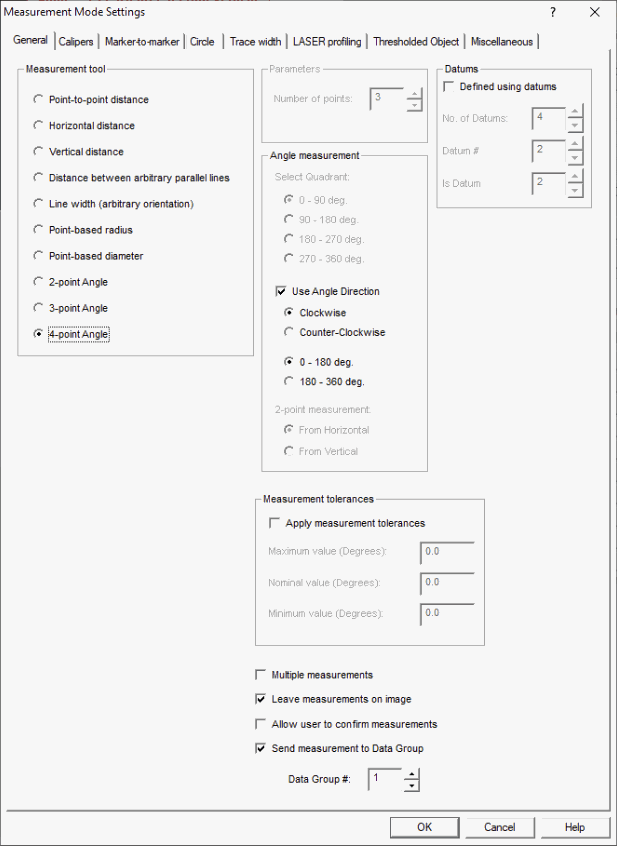 The Motion Control Settings now have an option to specify a particular Settings Toolbox button to load before starting homing operations when starting VisionGauge® OnLine. With this option, the homing procedure will use the motion control parameters saved in this button every time, instead of the last used settings on shutdown of the software. 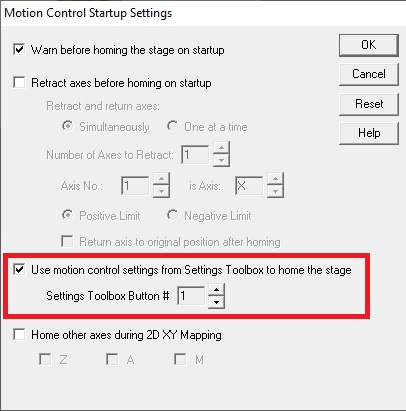 We have added a new DDE topic item, “PassFailReason,” to retrieve the Pass/Fail Reason string from a Data Group (if Pass/Fail reversal is enabled). We have also added the ability to request the most recently added value to a VisionGauge® OnLine Data Group for the following DDE items:

Previously, DDE requests could only specify the number of the item in the Data Group they wanted to retrieve. Now, by specifying ‘0’ as the target item number, the most recently added value in the Data Group will be returned.

For example, the DDE string VisionGaugeOnline|DataGroup!’2 MeasuredValue 0′ will now return the most recently added “Measured Value” from Data Group #2.